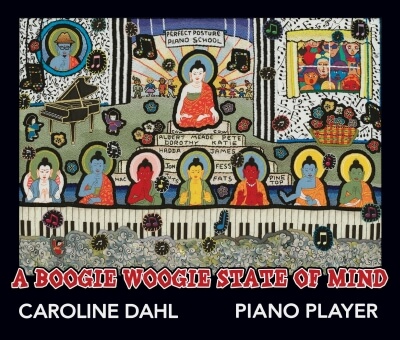 A Boogie Woogie State of Mind

Listen to A Boogie Woogie State of Mind

A Boogie Woogie State of Mind is Caroline’s fourth CD.  It’s Boogie Woogie All Stirred Up! with some traditional-style solo piano, some Rock, Swing, Jazz & Blues grooves, and some beautiful Caroline medleys. (Check out the latest Reviews.)

Six of the album’s 12 tracks are Caroline originals, two are her arranged medleys of some standards, and the other four are covers of oldies but goodies. 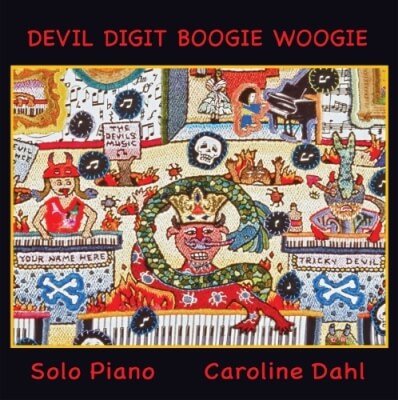 All 15 tracks (except one) are her own songs showcasing her special groove of Boogie Woogie and American Roots music.

Caroline’s unique compositions include snippets of great tunes like La Vie En Rose, Habanera, Just A Closer Walk With Thee, Anitra’s Dance, Those Were The Days, My Old Kentucky Home, My Favorite Things and others.

Reviewers of Devil Digit have said:   “With as much rollick as one person can pack into the bytes, Dahl rolls out the barrel, rolls out the red carpet and arrives in a sonic Rolls Royce. Playing with the kind of verve and brio on this set of originals will inspire wannabes to play when they should remain rapt listeners. Boogie woogie piano might generally exist in its own time zone but this set is a gasser for all. Hot stuff throughout.”  (Chris Spector, Midwest Record)

“Classy, inventive and full of imagination, it’s not only fantabulous, it’s Piano Heaven, period! My favorite track is Tricky Devil. I can hear echoes of early 20th century Italian popular songs in it, more specifically Neapolitan with maybe a passing quotation of Renato Carosone.”   (Edoardo Fassio, host of the Catfish Blues Show) 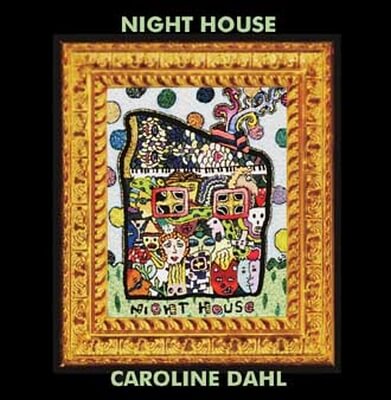 Night House has 14 instrumental songs featuring her extraordinary piano playing. Twelve of the songs are her original compositions and all are in the American roots styles of boogie woogie, blues, jazz and country swing. One reviewer has said about Night House:

“Caroline’s impulsive beats and relentless rhythms drive her sound into near-frenzy. Totally original, but far from being over-stated, she pumps out the songs in a way that would make Jerry Lee Lewis beg for mercy.”

She’s also an award-winning fabric artist, whose work has been published and exhibited internationally. The Night House cover and album notes page feature two of her embroidered artworks. 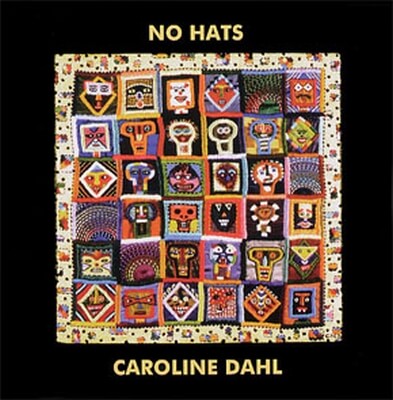 With 11 of the 12 tracks being original compositions, No Hats showcases Caroline’s virtuoso piano playing boogie-woogie, blues, vintage rhythm & blues, and country swing. (The CD cover and other parts of No Hats also feature several pieces of her embroidery.)

If you want to hear some extraordinary piano pieces in the tradition of American roots, with a pure sound of just piano and drums, then this is the disc for you!